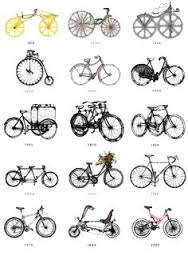 Where does the bicycle belong? A history of cycling governance in the Netherlands, 1920-2020

After taking bachelor degrees in both history and philosophy, I finished my studies with a master in Modern History, all from Utrecht University. My main focus was on (early) modern intellectual history, specifically the Enlightenment and the Scientific Revolution. My master’s thesis analyzed the different scientific visions that were present in two prominent Dutch scientific societies between 1752 and 1900, the Hollandsche Maatschappij der Wetenschappan and the Provinciaal Utrechtsch Genootschap. Based on the (jury reports of the) prize contests these societies organized, I argued that three competing visions were simultaneously present in this period, rather than succeeding each other in time.

Summary
Content Faced with congested cities and climate change, many cities around the world are starting to take to cycling in an attempt to solve these problems. Since the Netherlands has a good reputation as a cycling country, many of these cities want to learn from the Dutch experience. However, a robust historical explanation of the success of Dutch cycling is lacking. Surprisingly, very little historical research has been done on this topic. How can we export knowledge about Dutch cycling if the causal factors behind its success are so unclear? My research aims at investigating one possible explanation for cycling’s success in the Netherlands, i.e. governance. My main question will be: How was cycling policy made and negotiated by experts, policymakers, and citizens and their mediators, at and between the local, provincial, national, and transnational level? In other words, we need a clearer picture of where the bicycle belonged and belongs politically. Is it a national, provincial, or local issue? And if the issue is discussed at different levels, how do these government levels interact? What is the role of traffic experts, urban planners, and cycling activists or users? The network of actors, including its power relations, conflicts of interests, and transnational dimensions, will be charted for the last century. I will extensively use national, provincial and local archival sources as well as newspaper articles, photographs, and interviews to answer these questions.

Download the WTMC Brochure to find out more about the training programme of the Graduate Research School.